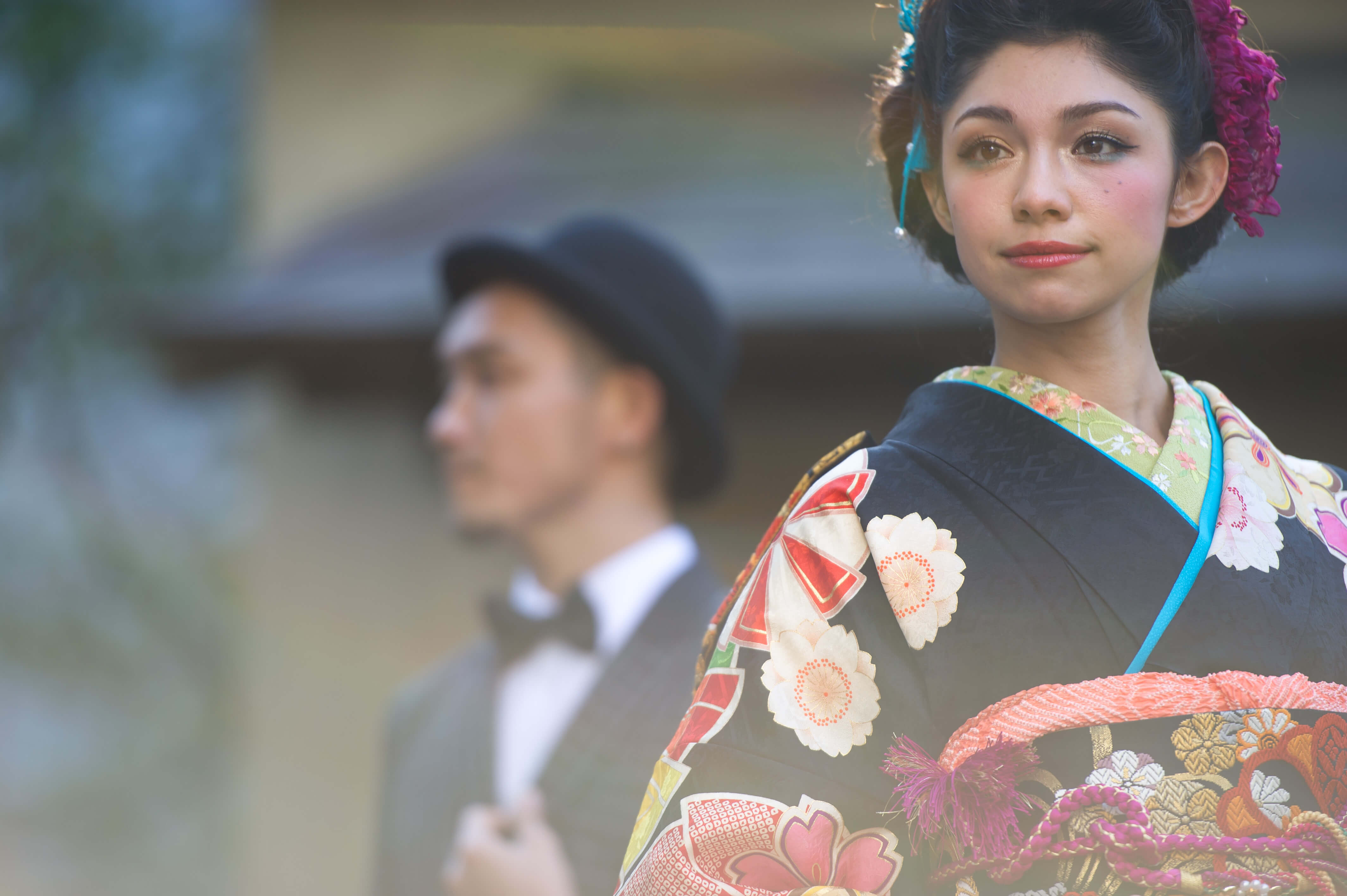 These days, Japanese weddings are celebrated in many ways.

Traditionally, people will wear traditional Kimono and have their ceremony in shines, which is called “Jinzen ceremony”.

A bride wears traditional white kimono (Shiromuku) and put a wig (Okatsura) on the head and a groom wears kimono for man (Montuki-hakama) which has a symbol of the house.

Only close relatives and friends are invited to the traditional ceremony.

During the ceremony, a bride and a groom are purified, drink Sake and a groom reads the words of commitment to the god (Kami).

After the ceremony, a reception party is held in a hotel which about 100 people are invited to.

They will have friends, co-workers, relatives coming to the reception party.

Some sing, the others dance. the movies about the couple are played sometimes.

A bride usually read a letter for their parents which is very moving and makes a lot of guests cry.

At the end of ceremony, the couple makes a thank-you speech to all the guests.